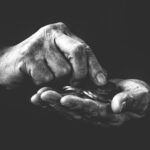 If German banks have their way, customers should not keep bills and coins in their wallets, but EC and, above all, credit cards. After all, who still has cash in their pocket today? What developments will the future bring?

What are the advantages and disadvantages of a cashless society?

The banks would prefer it if shopping at the corner store, snacking at the snack bar, or any other transaction were handled electronically via their offerings. Every time a cashless payment is made, the provider earns a fee. Kids and teens may not even know cash anymore, and the feeling of spending money you don’t have can often lead to incurring debt.

Back when the first cashless payment offerings (in the form of credit cards) came on the market the customers were largely from a group of interested parties. There were the Amex holders, VISA Card, GoldCard, or Eurocard. The way it worked back then was as follows: On a plastic card (similar to today’s), partly on the Eurochecks, partly on an extra card, there was a microchip that stored monetary units. This chip could be topped up free of charge at an ATM, and the bank would debit the amount from the account and credit it to the card. If the customer paid in a store, the amount was credited to the merchant’s account by the bank. With the help of a small reader, the amount of the credit could be read from the card from home. Paying with bits and bytes was convenient even then. Unlike the very widespread Electro Cash, no signature was required and no secret number had to be entered. However, customers were not better off financially with the new cash cards. On the contrary, no cash, no cash discount. Such were the thoughts of individual retailers at the time. After all, fees now had to be paid for every transaction carried out in this way. Another disadvantage was that the consumer did not get the stored cash units replaced if the card was stolen or lost, which was particularly annoying for combination cards with Eurocheque function. Slowly but surely, credit cards began to triumph. Due to the higher income, the banks were always interested in replacing unprofitable EC cards with profitable credit cards. In fact, compared to other countries, the German EC card is more of a relic from the past. The principle of recharging has been retained in some prepaid credit cards, but most credit cards today do what the name suggests – they grant credits. These are usually due in monthly intervals and insofar as they are immediately balanced also interest-free. But there lurks a trap that can quickly become expensive. The credit card lends to spend more money than is available at the time.

Debt counseling – the way out of the crisis

This topic also needs to be looked at more closely. Only a few households can cover major purchases from savings: According to a study, the first debts are incurred in a quarter of all cases for the purchase or replacement of furniture, electrical appliances, household appliances or cars. 24 percent of the study participants set up their own household with their first loan. With a small budget such financial burdens can be already the entrance into a so-called debt career. According to estimates, more than two million households in Germany are already affected, with loans growing over their heads.

Such financial crises can be avoided if a few tips are followed:

If you are in arrears with a few installments, you should immediately take advantage of the services of a counseling center. The tactic of closing one’s eyes and going through with it, no longer opening letters, disregarding reminders, should be avoided as far as possible, otherwise everything will only get worse. Nationwide some hundred places are specialized in the debtor consultation. Also consumer centers or church organizations help further. Addresses can be found on the Internet and in the free brochure published by the Federal Ministry for Family Affairs, Senior Citizens, Women and Youth. For up to two years, the defaulters are looked after, and a new financial start is made possible.

The consultations are always free of charge. So keep your hands off commercial debt counseling services, whose fees put even more strain on an already strained budget! Repaying loans with new loans is also rather bad advice. Behavior must be adjusted to one’s income. Only then is long-term success possible.

As a parent, you have the task to practice early with the children, in the form of pocket money, how to deal with money. In particular, consumer debts and running costs that quickly become too much to bear should be avoided as far as possible.

The Kanzlei attorney Dr. Schulte is successfully active since 1995 civilly with emphasis in the area of the Internet, reputation and competition right. It represents country widely the interests of individual investors. Supplementing sender data with the law office location find you in the imprint on the Internet side www.dr-schulte.de. 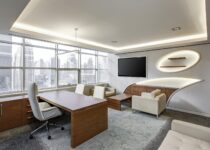 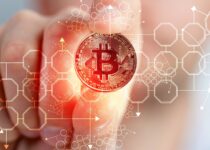 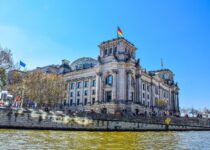